I pray that Andrea gets the help that she needs while in jail to get away from her abusive husband before there is a next time and it’s her not an animal.

The link between animal abuse and domestic violence is strong, it’s sad to see cases like this that prove it… 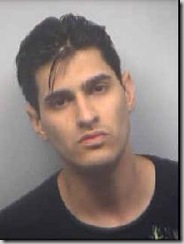 A couple who lived in the Foxcroft condominiums on Roswell Road in Sandy Springs were both arrested after the husband allegedly used his wife's Pomeranian dog to beat her. Credit: Channel 2 Action News 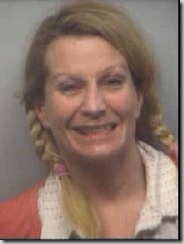 Andrea Jill Armintrout, of Sandy Springs, was arrested and charged with misdemeanor obstruction after she allegedly refused to cooperate with a police investigation into an incident in which her husband allegedly beat her and killed her dog. Credit: Fulton County jail

A 27-year-old Sandy Springs man who allegedly grabbed his wife's Pomeranian and beat her with the dog was in the Fulton County jail Wednesday facing felony animal cruelty and other charges, Channel 2 Action News reported.

The man's wife also has been arrested and charged with interfering with the police investigation, authorities said. The dog did not survive.

"It is probably one of the worst cases of animal cruelty that we've ever seen," Capt. Steve Rose, spokesman for the Sandy Springs Police Department, told Channel 2.

Emmanuel Alfredo Tadeo was arrested May 20 after officers responded to calls that he allegedly was beating his wife, Andrea Jill Armintrout, in their Foxcroft condominium home on Roswell Road, police said. The man allegedly had been drinking heavily.

"The argument started over him blaming his wife for his misfortunes in life," Rose said.

At some point, Tadeo stomped and kicked the Pomeranian, then grabbed it and swung the animal at his wife, striking her, police said.

"It was a very graphic scene. The dog was dead. The man had not only kicked the dog and stomped on the dog, according to what he said, [he] snapped the dog's neck," Rose said.

Tadeo initially was charged with battery and misdemeanor cruelty to animals, according to Fulton County jail records. He was released June 14 after posting $5,000 bond.

This week, prosecutors upgraded the charges to aggravated assault, aggravated battery, battery and two counts of cruelty to animals, jail records showed. The man was re-arrested Friday and was being held without bond.

Armintrout, meanwhile, also was arrested Friday and charged with one count of misdemeanor obstruction, jail records showed. She was being held on $500 bond Wednesday.

"It makes it harder to understand. You have this cruel act, and the victim who decides not to cooperate," Rose said.